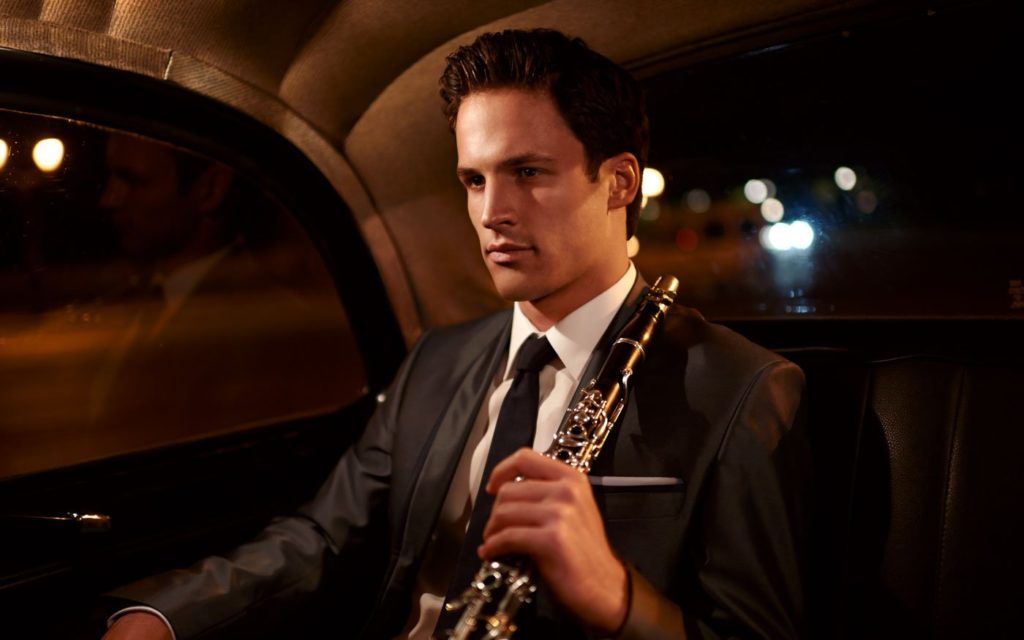 Andreas Ottensamer is one of the leading clarinettists of his generation and principal clarinet of the Berliner Philharmoniker. He performs as a soloist and chamber musician throughout the world and, together with pianist José Gallardo, is artistic director of the Bürgenstock Festival in Switzerland. His recordings for Deutsche Grammophon and Decca Classics have won widespread praise, including the Echo Klassik Award for Instrumentalist of the Year 2015.

“…it would be hard to imagine classier performances than these. With his velvet, sensuous tone and minute control of dynamics, Ottensamer surely has few peers among today’s clarinettists…A perfect disc for any clarinet lover…”

Andreas has captured audiences and critics alike with his distinct musicianship and versatility as clarinettist, artistic director and conductor.one of Britain’s most innovative and celebrated composers, Michael Nyman’s work encompasses operas and string quartets, film soundtracks and orchestral concertos. Far more than merely a composer, he’s also a performer, conductor, bandleader, pianist, author, musicologist and now a photographer and film-maker. Although he’s far too modest to allow the description ‘Renaissance Man’, his restless creativity and multi-faceted art has made him one of the most fascinating and influential cultural icons of our times.

His artistic partnerships as a chamber musician include work with Yuja Wang, Leonidas Kavakos, Janine Jansen, Lisa Batiashvili, Gautier Capuçon and Sol Gabetta. Together with pianist José Gallardo, Ottensamer is artistic director of the Bürgenstock Festival in Switzerland.

Andreas Ottensamer has an exclusive recording partnership with Deutsche Grammophon since 2013, making him the first ever clarinettist on the Yellow Label. For his latest album Blue Hour, featuring works of Weber, Mendelssohn and Brahms, he partnered with the Berlin Philharmonic under Mariss Jansons and Yuja Wang and received his second Opus Klassik award as “Instrumentalist of the year”.

Andreas Ottensamer was born in 1989 in Vienna. He comes from an Austro-Hungarian family of musicians and was drawn to music early, receiving his first piano lessons when he was four. At the age of ten he began studying cello at the University of Music and Performing Arts Vienna, then changed to the clarinet in 2003.
In 2009 he interrupted his Harvard undergraduate studies to become a scholar of the Orchestra Academy of the Berliner Philharmoniker.
Ottensamer has been studying conducting with Professor Nicolas Pasquet in Weimar.
Since March 2011, Ottensamer has held the position of principal clarinettist with the Berlin Philharmonic Orchestra.